Home » Our most recent articles » An Interview with Adam Liaw

At last months Brisbane Good Food and Wine show I was fortunate enough to get to sit down with Adam Liaw and ask a few questions about his food journey.

Many Australian Foodies will know of Adam Liaw.  He was the winner of Season 2 of Masterchef Australia and has gone on to author 5 cookbooks and host the SBS cooking show, Destination Flavour, which has recently filmed its third series.  In between all that he writes for several food columns including the Guardian and Sunday life and regularly contributes recipes to the online recipe index at Good Food.

It’s no secret on this site that I love most things about Japan and have a special weakness for Japanese food.  Adam lived in Japan for 7 years and his wife is from Ishikawa Prefecture on the northern coast of Honshu, Japans largest island.  His cooking style has many Japanese influences and the first season of Destination Flavour he filmed was set entirely there.  I recently re-watched some of that series and caught the episode on Kanazawa which renewed my interest in tamaki zushi a casual rolled style of sushi which is the most common style made at home by Japanese wives and mums.  It’s become one of my easy lunch options again as it’s quick to assemble in the morning for the lunch box or as part of a picnic.

An interview with Adam Liaw

What inspired your interest in cooking?

“Like most cooks my love of eating fed my passion for cooking.  My Grandma was a great cook and I would get in the kitchen with her from when I was five or six years old. “

Adams Grandma brought a Chinese and Malaysian influence to the table, his Mum a Singaporean and English twist and his stepdad English.  It’s hardly surprising Adam continues to surprise us with unique and appealing food combinations and preparation techniques from around the world.

How would you describe your food style?

“Simple Asian food.  I don’t like to over  complicate it, just keep it simple and let the ingredients shine through.  I tastes fantastic and it’s easy.”

It’s these food styles and preferences that have shone through since his early days on Masterchef and in each of his cook books but it’s his ability to make the most of fresh ingredients and incorporate those that aren’t always traditional that I find inspirational.

Do you have a signature dish?

It’s a recipe that came from his Grandma on his fathers side of the family.  Hainan is an island province of China and the countrys southernmost point, it’s renowned for its spectacular beaches and the picturesque mountainous interior.  The simple, clean and fresh flavours reflect my expectations of this island province.

Where have you traveled recently and how has it influenced your cooking?

“We’ve been filming for the third series of Destination Flavour in Scandinavia.  The food from Denmark, Norway and Sweden are simple,  they taste good and focus in on the vegetables rather than the meat.  It’s a new influence and inspiration, very different from Asian but it’s definitely been a great experience.”

What’s news in the cuisine world at the moment, what are we going to be seeing and hearing about into 2016?

Not an ingredient, a style or even a cooking method as I might have expected.  The big news is that more than 100 years after the discovery of the flavour umami scientists have found a 6th taste we’ve been unaware of until now.  You could call it ‘fatty’ but for marketing reasons the more offical oleogustus is probably more likely to catch on. Unlike the pleasing rich mouth feel of fatty food the fatty taste is predominantly unpleasant and until now had probably been grouped with bitter.  A flavour that in tiny does adds interest and depth but any more will make a food inedible.

What’s your favourite ingredient of the moment?  What’s inspiring you in the kitchen?

“It’s the start of the stone fruit season which offers so much opportunity.  Especially plums early in the season you can get them under ripe and make a pickle, an interpretation on the Japanese salted umeboshi plum but every bit as good with our locally grown produce.  That and asparagus that’s starting to come through now.”

Which dish represents Australian cuisine to you?

“Salt and Pepper squid.  It’s uniquely Australian, you’ll pretty much see it in every pub and across the multi-cultural spectrum from your local Chinese restaurant to beachside cafe and faintly disguised it slips onto many restaurant menus across the country.  Australians love it but you don’t seem to see it in other countries.”

One cooking tip or piece of kitchen advice you’d be willing to share with our readers?

I got a bit of a bonus and took away several tips to try out between our interview and the cooking demonstration:

What are you working on right now?

“I’m a regular contributor to the Good Food recipe index and have a column in the Guardian and Sunday Life magazine.  We’ve just wrapped up filming Destination Flavour – Scandinavia which will be shown in 2016.”

I for one am definitely looking forward to seeing what comes next from Adam.  Australia’s Masterchef series have provided an array of very talented cooks and Adam certainly led the pack on what can be achieved when you have the talent and the country gets behind you. 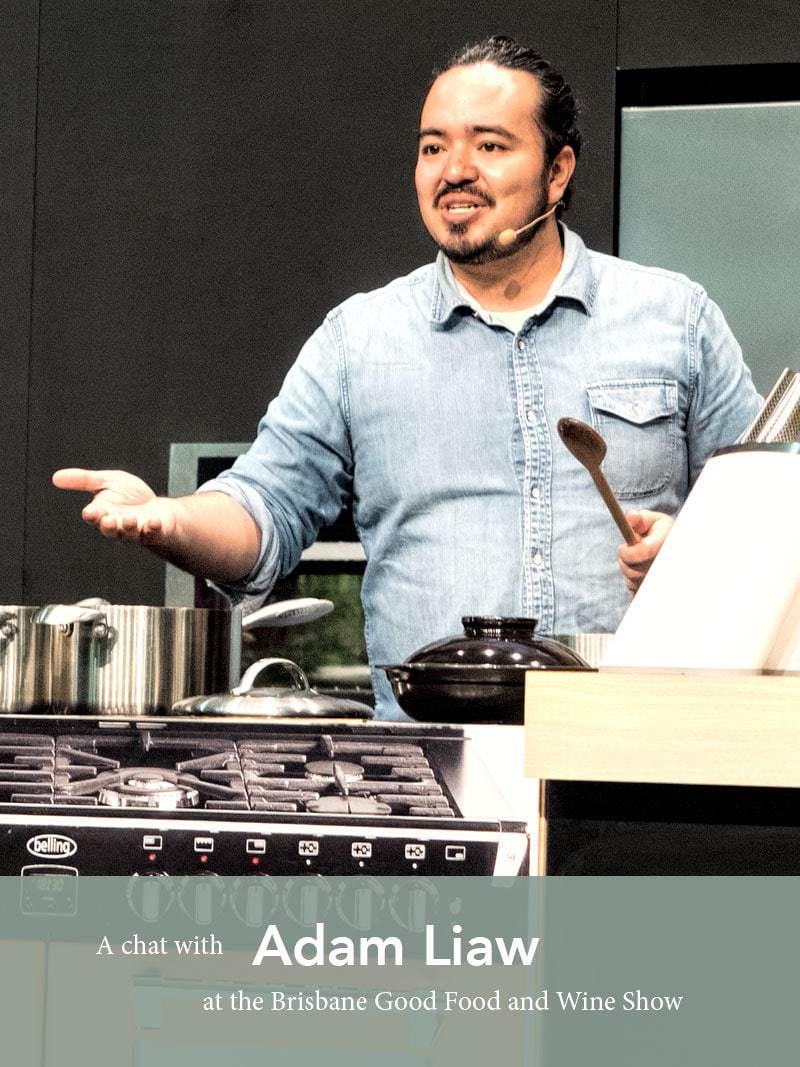 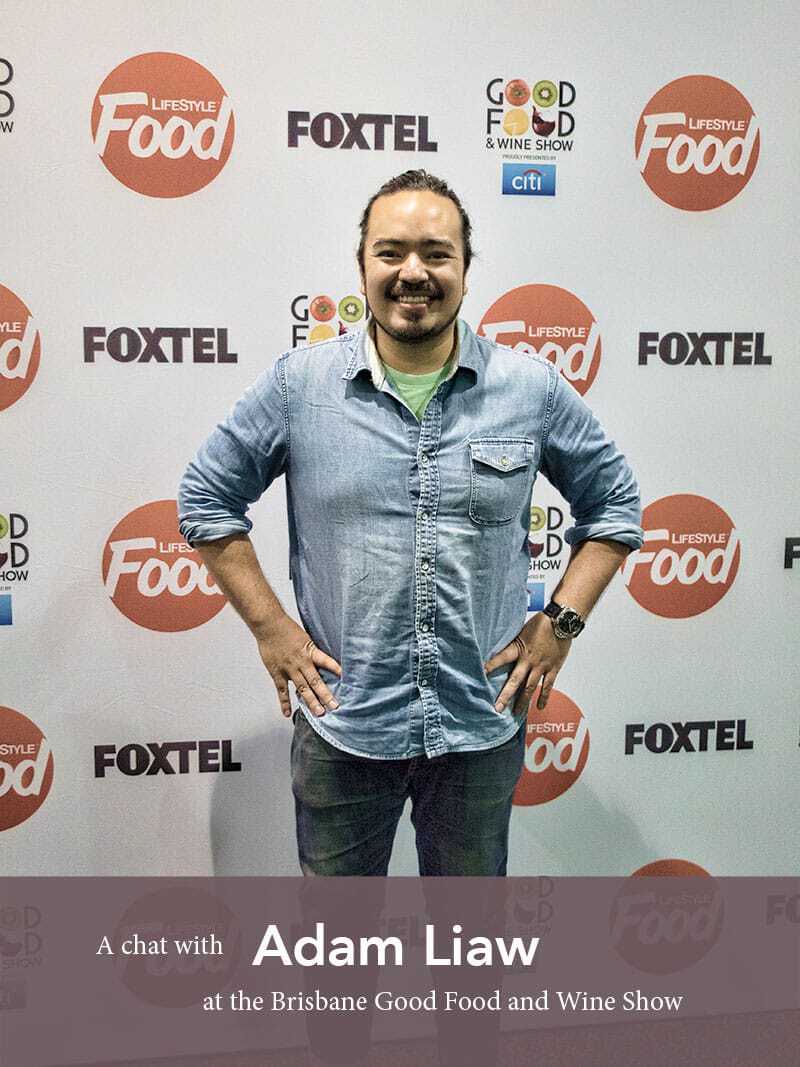