The Sacred Kingfisher has a wide habitat and around Brisbane you see them in woodlands, forests, mangroves and river valleys.  They aren’t generally a suburban bird but we’re lucky enough to have two adults and a chick regularly visiting the trees in our garden and the park over the past couple of weeks.

These little guys are great entertainment with the benefit of being natural bug control which is definitely needed in our garden at the moment with the hot humid summer weather. 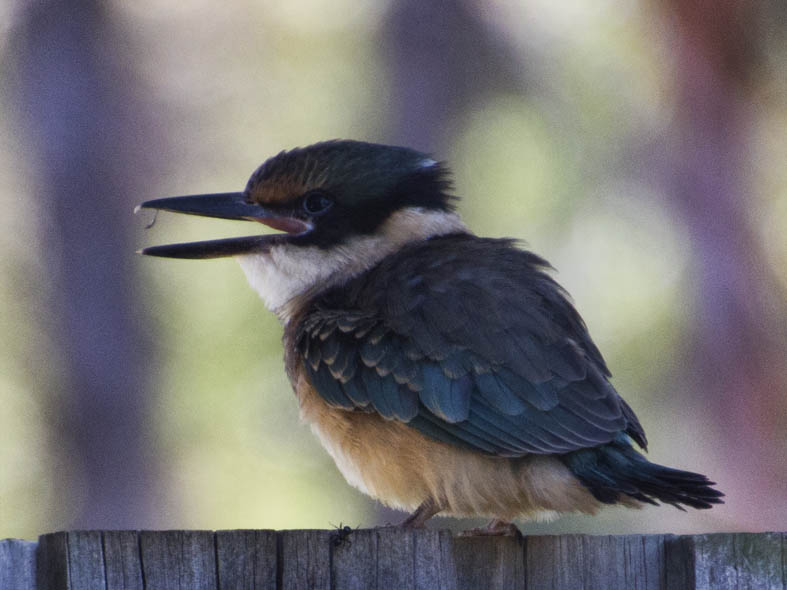 The Sacred is the second most common of the kingfishers we see locally but there are five that we do see around Brisbane, the Kookuburra is by far the most common in gardens and parks but there is also the collared, Forest and Azure, the distribution and habitat of these three mean they are less common.

The colours on this young bird are a bit muted but the Sacred is medium sized and has a turquoise back tending to be a bit bluer towards the rump and tail, its front and underside are buff-white.  It also has a broad cream collar which can be a bit confusing with the Collared at times but you can tell them apart by size of the beak, habitat and the lack of the buff colouring on the Collared Kingfisher.