We feel blessed to have 2 very special countries that we call home. We love and have an ongoing connection with them both. New Zealand was our first home, we grew up here, got married and lived there for most of our lives. It has a special place in our hearts tied to many wonderful memories, emotions, and people. We are so excited to share our New Zealand travel guide with you on these pages.

New Zealand, called Aotearoa in the indigenous Maori language, is diverse and naturally beautiful. It’s made up of two main islands, conveniently called the North Island and the South Island. Stewart Island off the bottom of the South Island is the third largest but there are literally hundreds of islands of all sizes scattered off its coastline, many of which are incredibly beautiful and worth your time to visit.

With a population of just over 5 million people, they are heavily concentrated around Wellington, the Capital city and Auckland, the largest city. Outside of that, it is very easy to find the small-town welcome that is synonymous with New Zealand.

New Zealand’s natural landscape and wildlife are quite unique. Unlike Australia which split apart from Gondwana during the Jurassic Period, New Zealand rose up out of the ocean. The tectonic plates and volcanic activity that brought it to life continue to shape it today. As a result, its native wildlife is mainly unique birds, a prehistoric lizard and sea life.

Getting around in New Zealand

Public transport in the major cities in New Zealand works reasonably well, outside of the cities getting around gets more difficult. Taxis are expensive by world standards and only recommended for short distances.

The scenic railway lines operated by Kiwi Rail such as the train from Auckland to Wellington can be interesting but there are only a handful of long-distance rail routes. Domestic flights in New Zealand aren’t cheap but if you have limited time and are travelling longer distances they can be your best option.

Unless you plan to join an organised tour, we recommend self-drive as the ideal way to experience New Zealand because so many of the best spots are off the beaten track. We drive on the left and you will need an international driver’s licence unless you hold an Australian licence with entitles you to drive over here for up to 12 months.

The currency in New Zealand is the New Zealand dollar. There are 100 cents to the dollar and coins are issued for amounts $2 and under down to a 10c coin.

To work out a current exchange rate for your home currency you can use this free tool.

Credit and debit cards are widely accepted and can be used for payments in most locations, whether that’s accommodation or a cup of coffee. You’ll find Visa or Mastercard are the most widely accepted, minor cards like American Express and Diners will often attract a surcharge on the price or not be accepted by some shops and other outlets.

New Zealand is a safe country but it’s rarely required or recommended to carry very large amounts of cash. It’s better to get cash as you need it from an ATM machine with your bank card than to carry large amounts of foreign currency to convert which also attracts a worse exchange rate.

There is no established tipping practice in New Zealand and wage rates are set accordingly. While many, including locals, will tip a small amount for good service in a restaurant or cafe it is not expected or necessary.

When travelling in New Zealand we make our accommodation bookings through Booking.com, they have a good selection of properties, covering rural and remote areas in addition to the cities and we have had a good experience with them over many years. We particularly appreciate that many of the properties have free cancellation up to a few days before your stay, we’ve only ever used it once but the peace of mind it gives especially in uncertain times is well worth it.

There is a full range of rental car providers available and if you have loyalty with a particular brand you’ll likely find it here. We’ve used AVIS for many years and had a consistently good experience with them which is why we stick with them in both New Zealand and Australia.

For activities and tour bookings in New Zealand, we usually use Get Your Guide and sometimes Experience Oz or Klook. They have a good selection of tickets and tours offered between them. All three have been reliable so we’ll sometimes compare pricing but as New Zealand doesn’t tend to negotiate prices very much, they are fairly consistent.

You will find some free WIFI in New Zealand but not a lot and for us the risk of an open network while on holiday isn’t worth it so we will organise a connection in advance. There are a few options depending on whether you want data, or phone and data.

We have used global roaming on our Australian phones in the past, at least one network has an unlimited plan for a fair daily rate but for coverage in Australia we need a Telstra connection and it’s not worth that cost to us given data is the priority, I’m usually not too bothered about not having a phone connection.

WIFI2GO is our go-to option in both New Zealand and Japan where we have used it several times. You have the device in your hands before you leave home so there is no fuss picking it up once you are on the ground, it has a daily fixed rate, unlimited data and you can have multiple people set to use it at the same time. The router box is about the size and weight of a mobile phone and we have found it works for both of us using it from the bottom of a bag or backpack. We’ve used it around NZ, including on a long-distance train between Auckland and Wellington and had good coverage.

New Zealand’s internet coverage is good but not perfect, it’s a series of islands with lots of hills which makes it more complicated but if there is coverage available we could pick it up. If you mention 2 Aussie Travellers to WIFI2GO when you book they are offering a discounted price of $8 per day.

If you need a SIM card alternative you can pick these up at the airport. They offer the ability to use the phone and include a much lower but useful amount of data. Generally tourist SIMs do not allow you to share data to other users and devices.

Some recent articles from our New Zealand travel guide 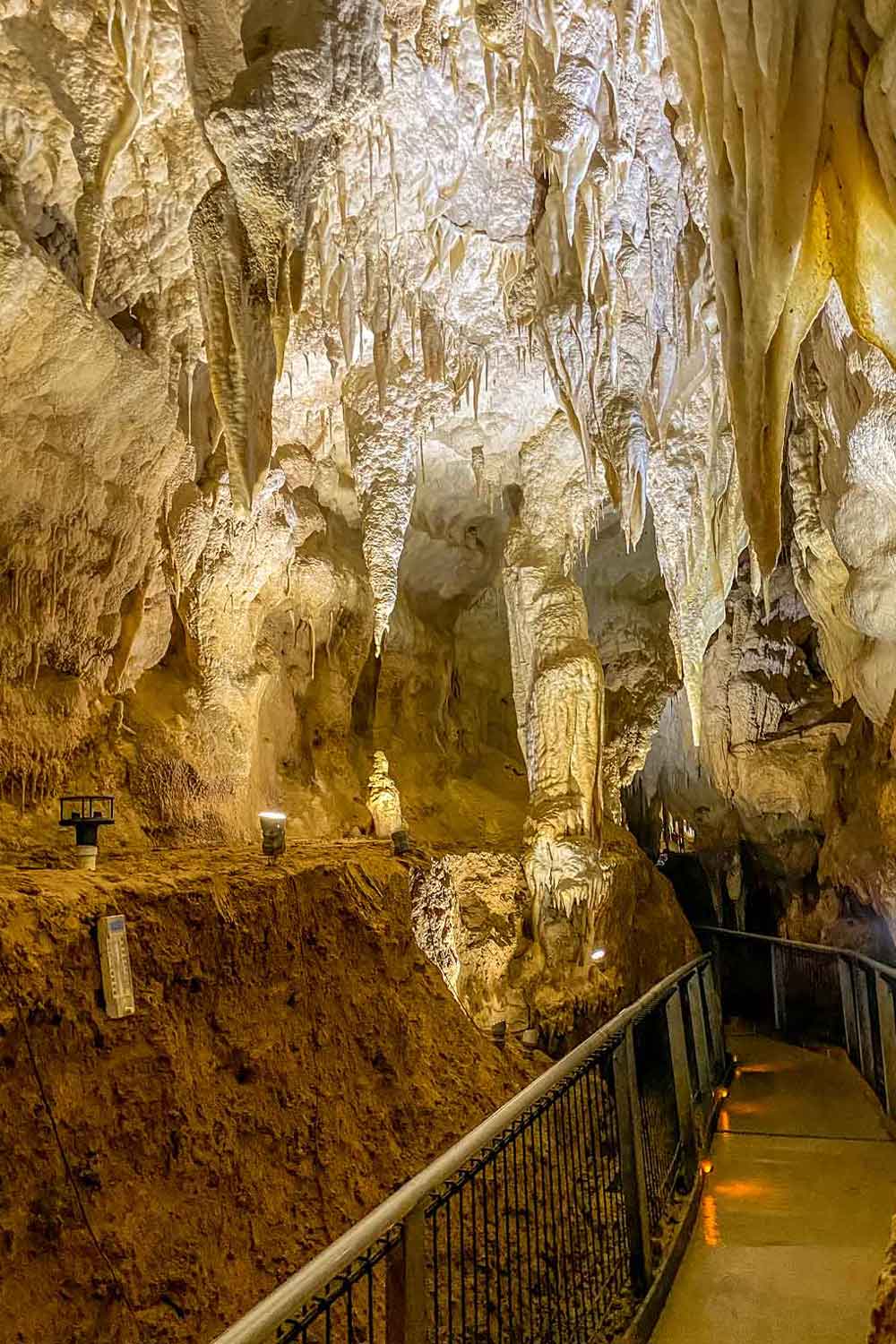 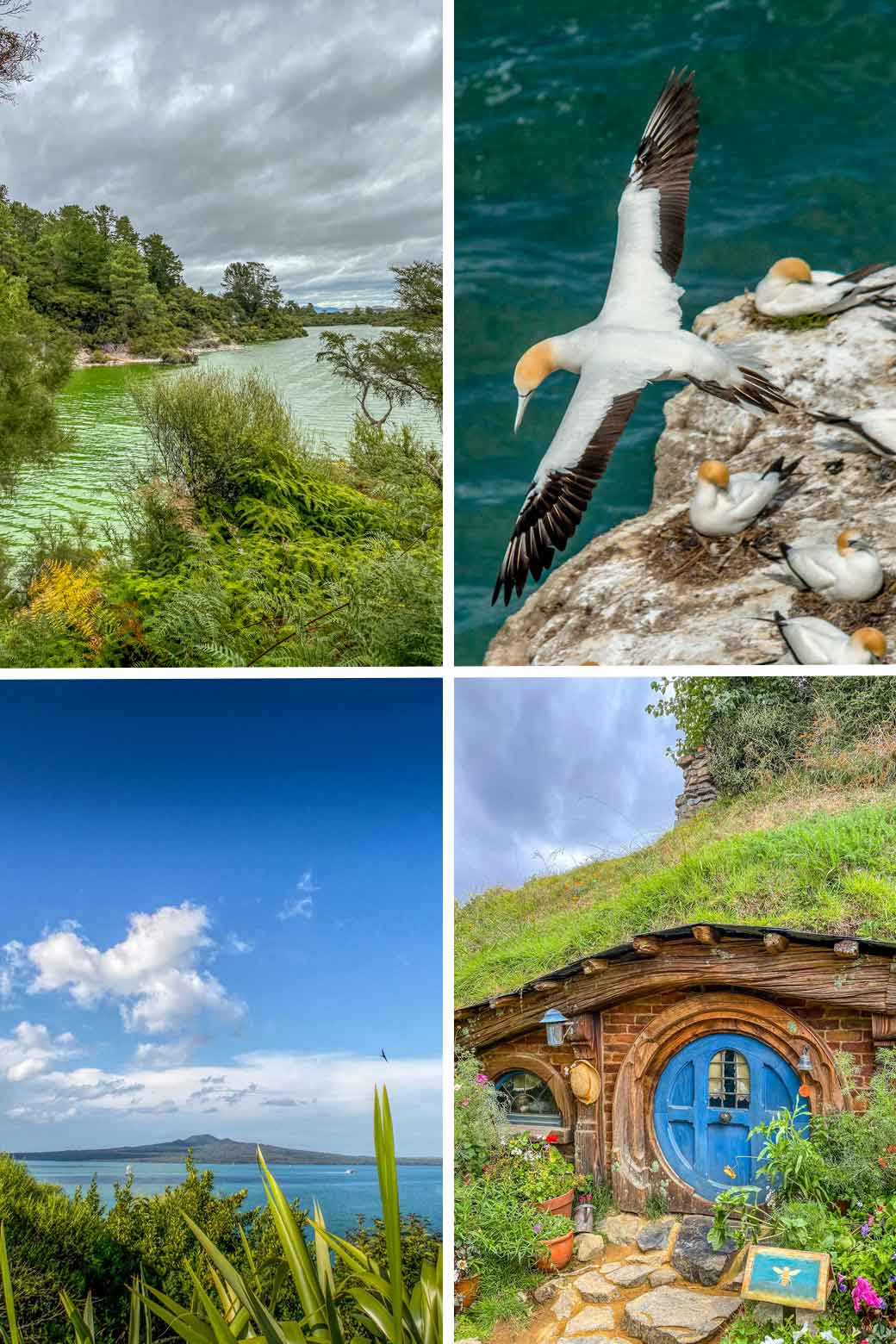 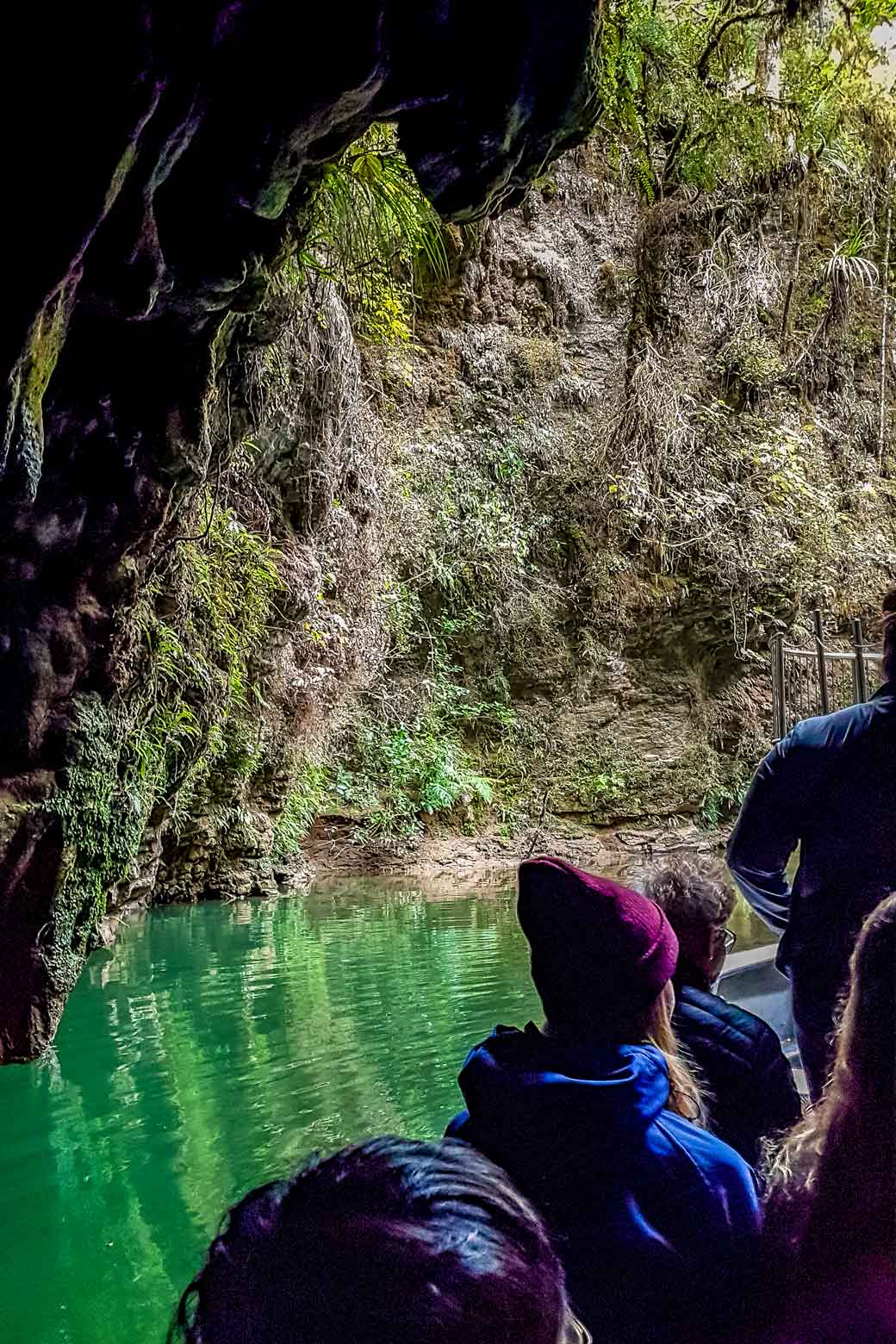 Continue Reading The best things to do in Waitomo, New Zealand 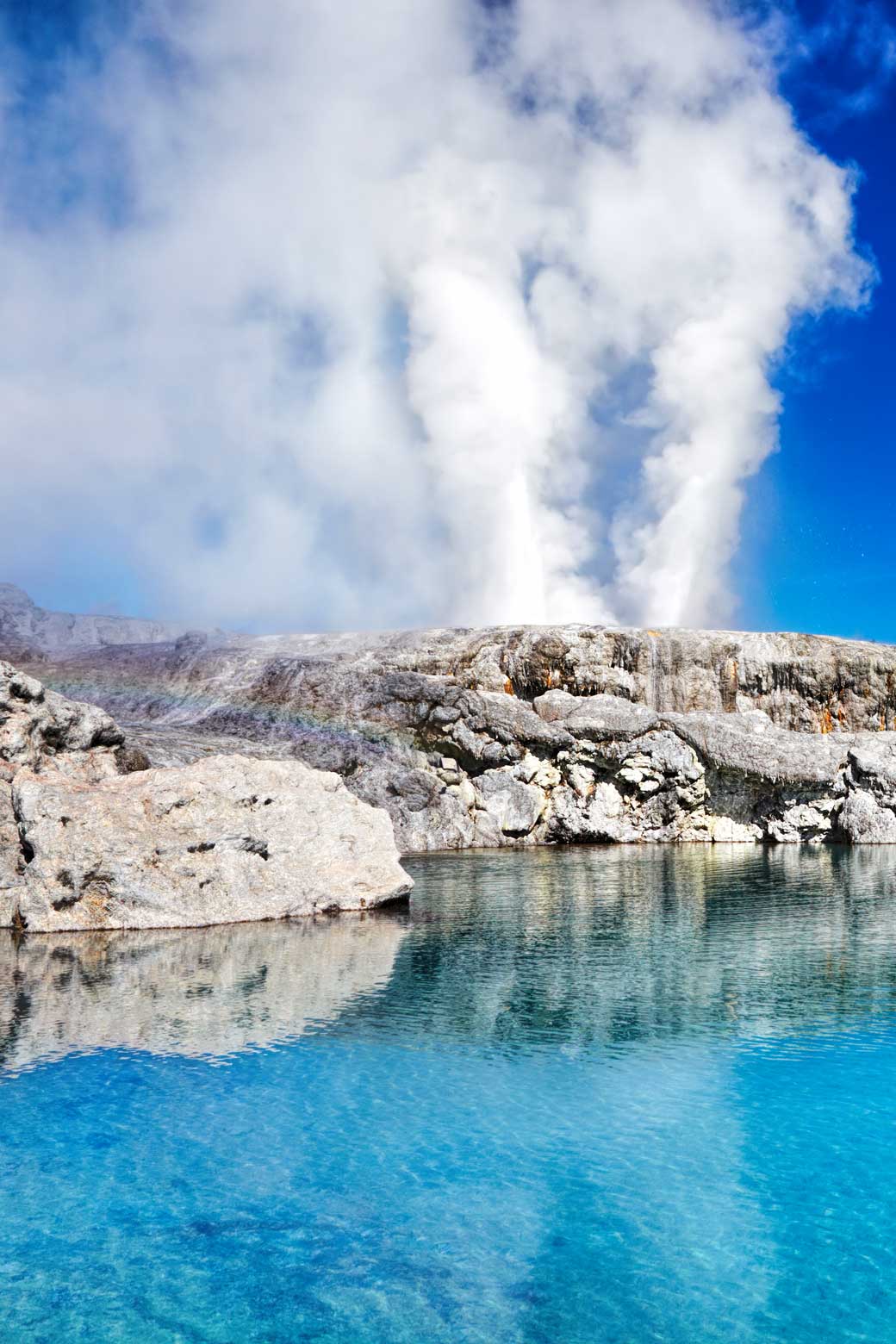 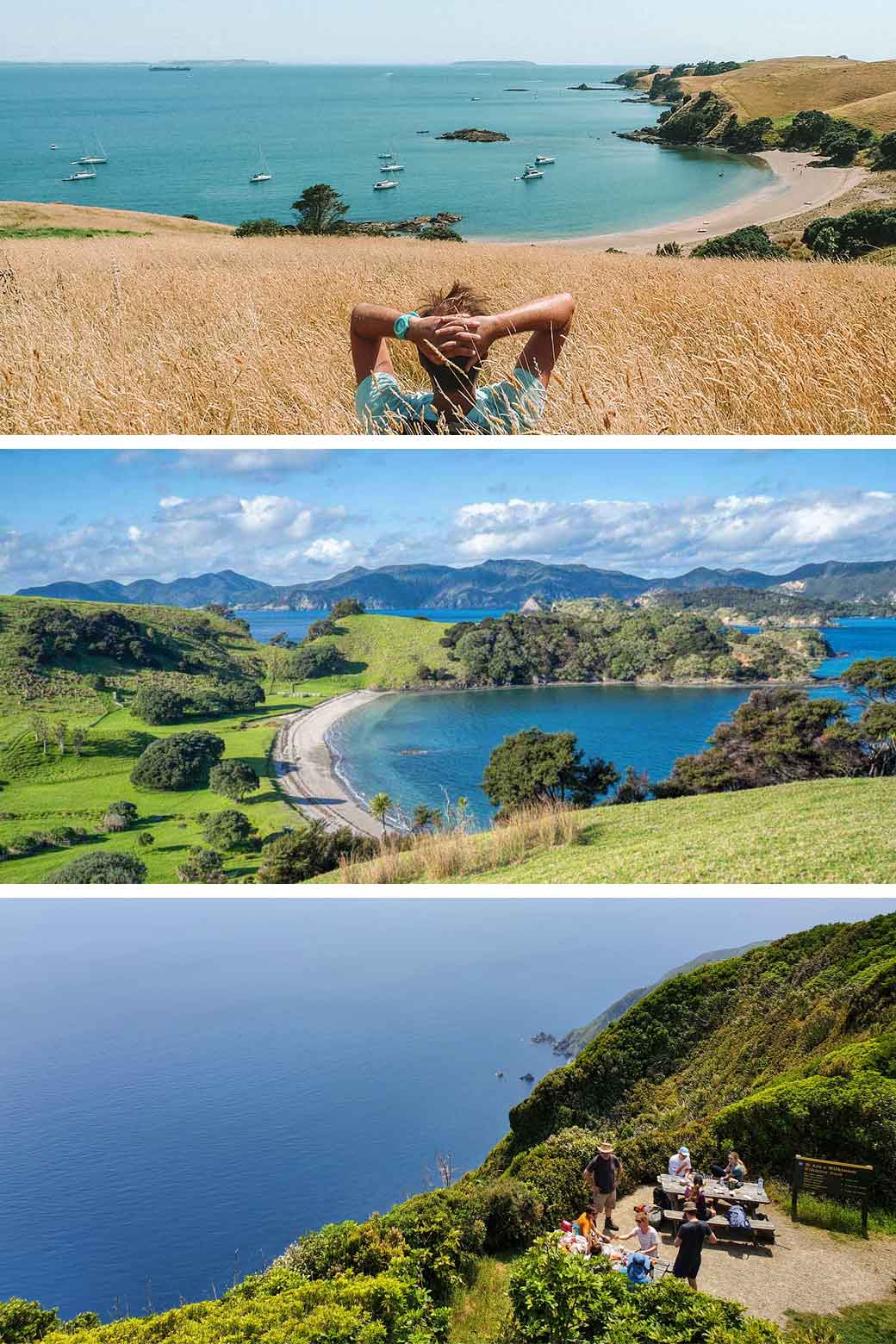 Continue Reading Which New Zealand islands will you visit? Going beyond North or South. 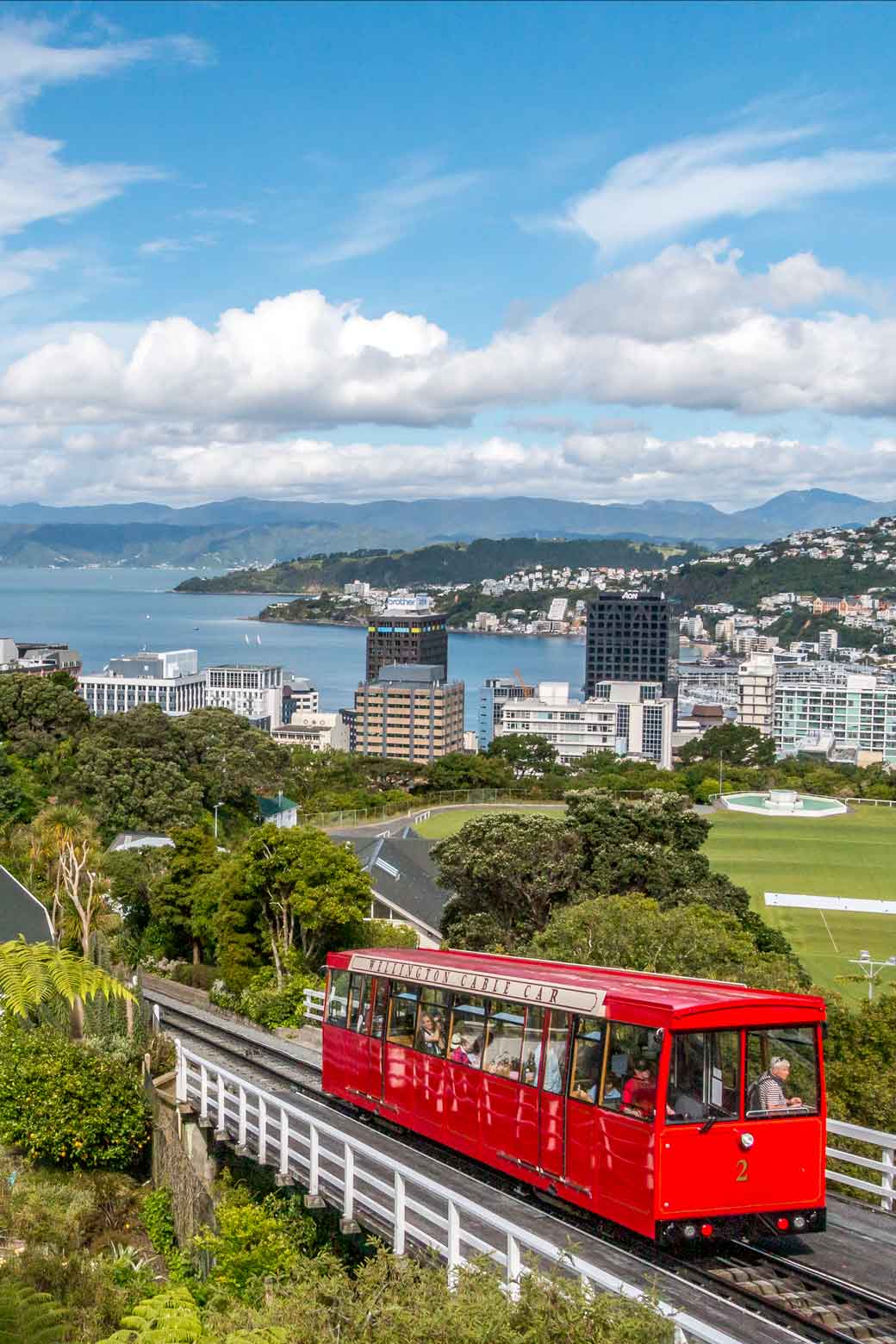 Continue Reading Things to do in Wellington | City Guide 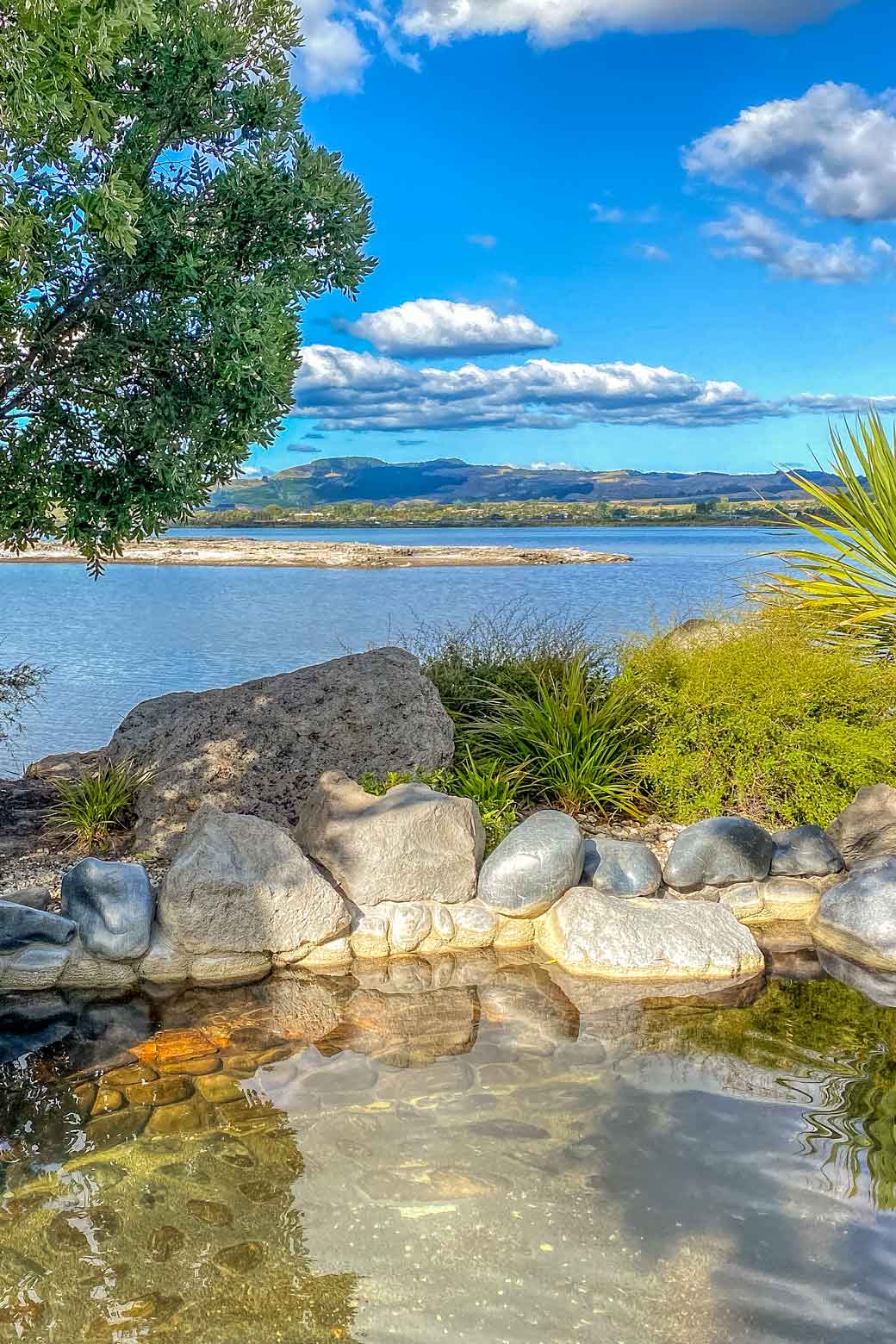 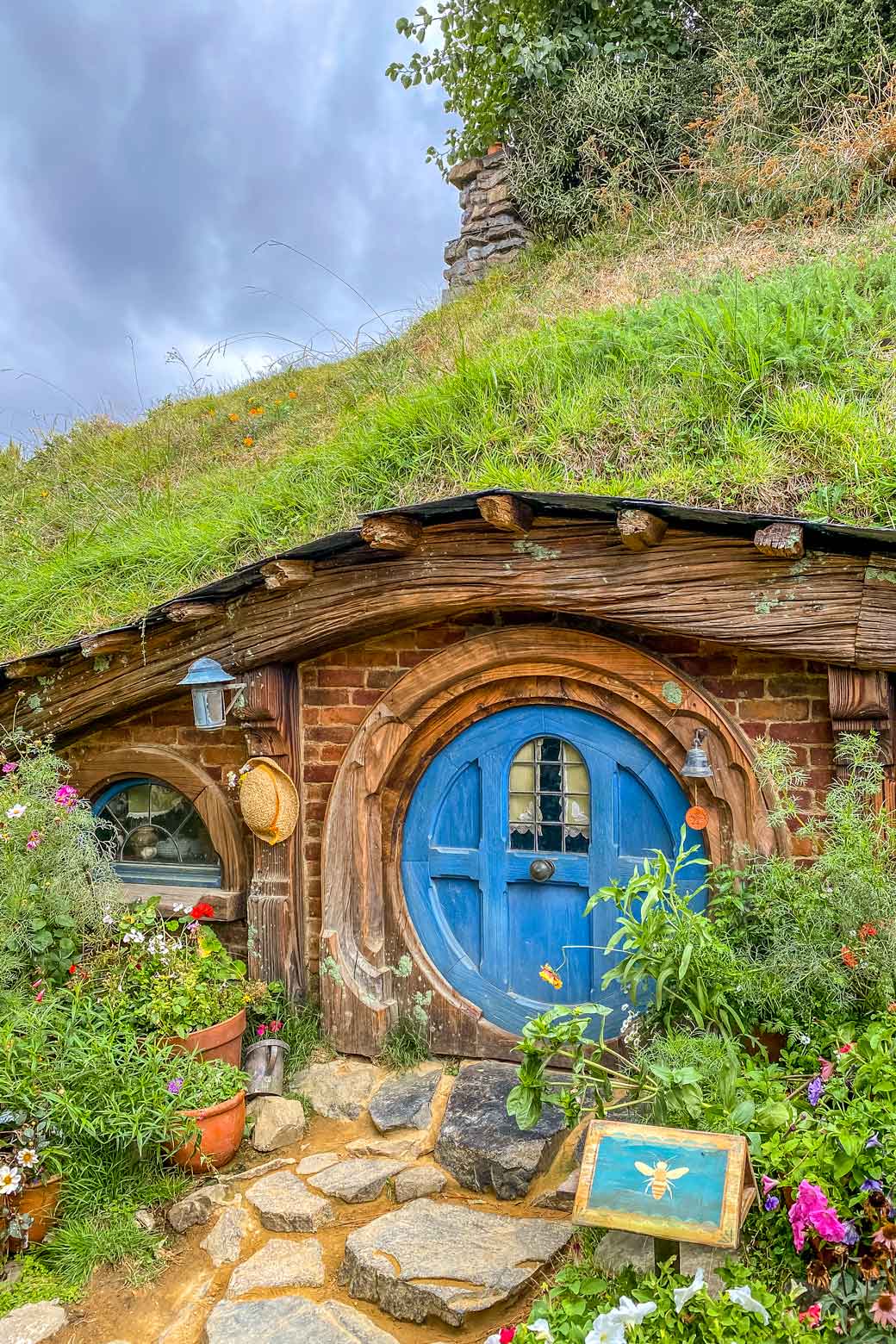 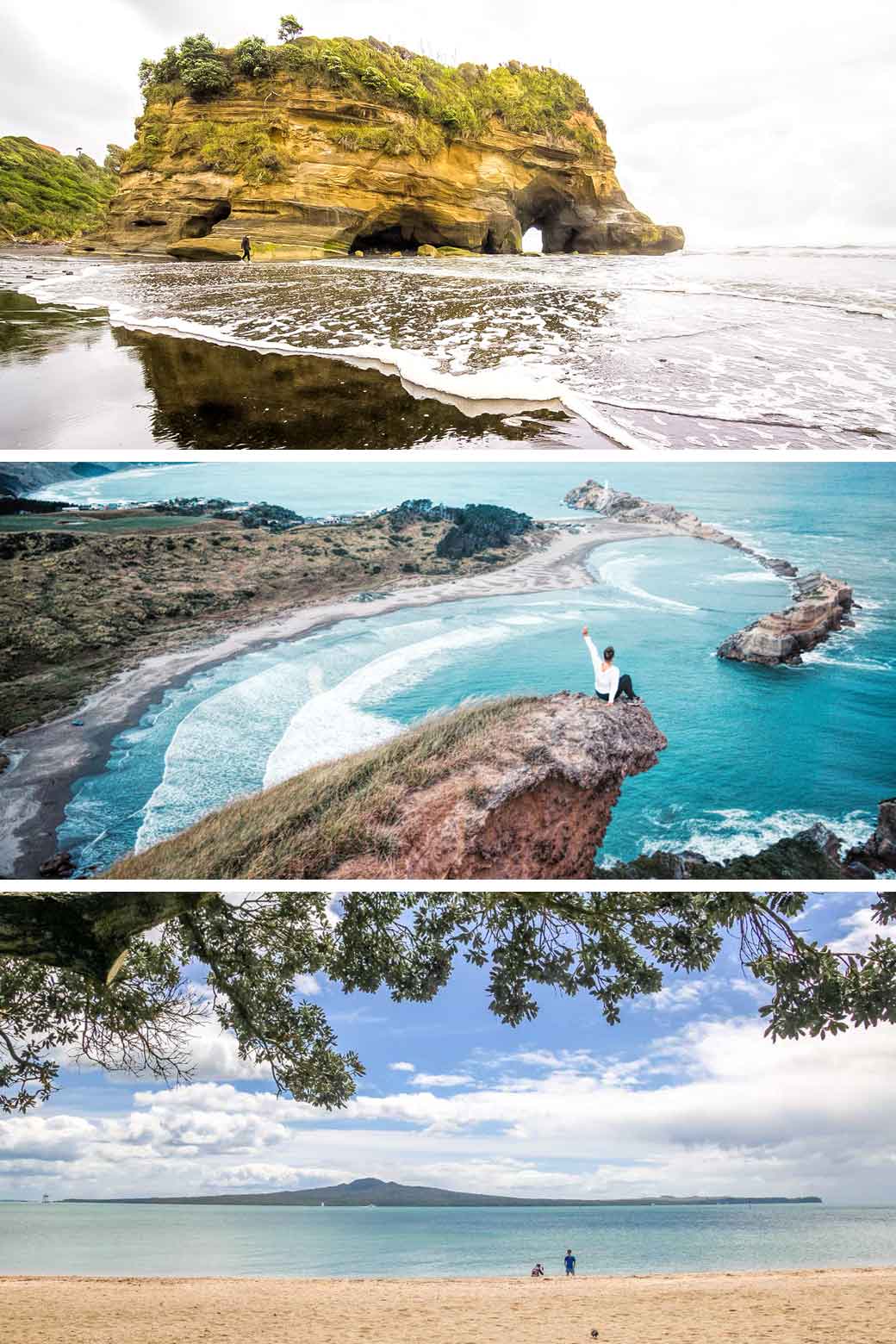 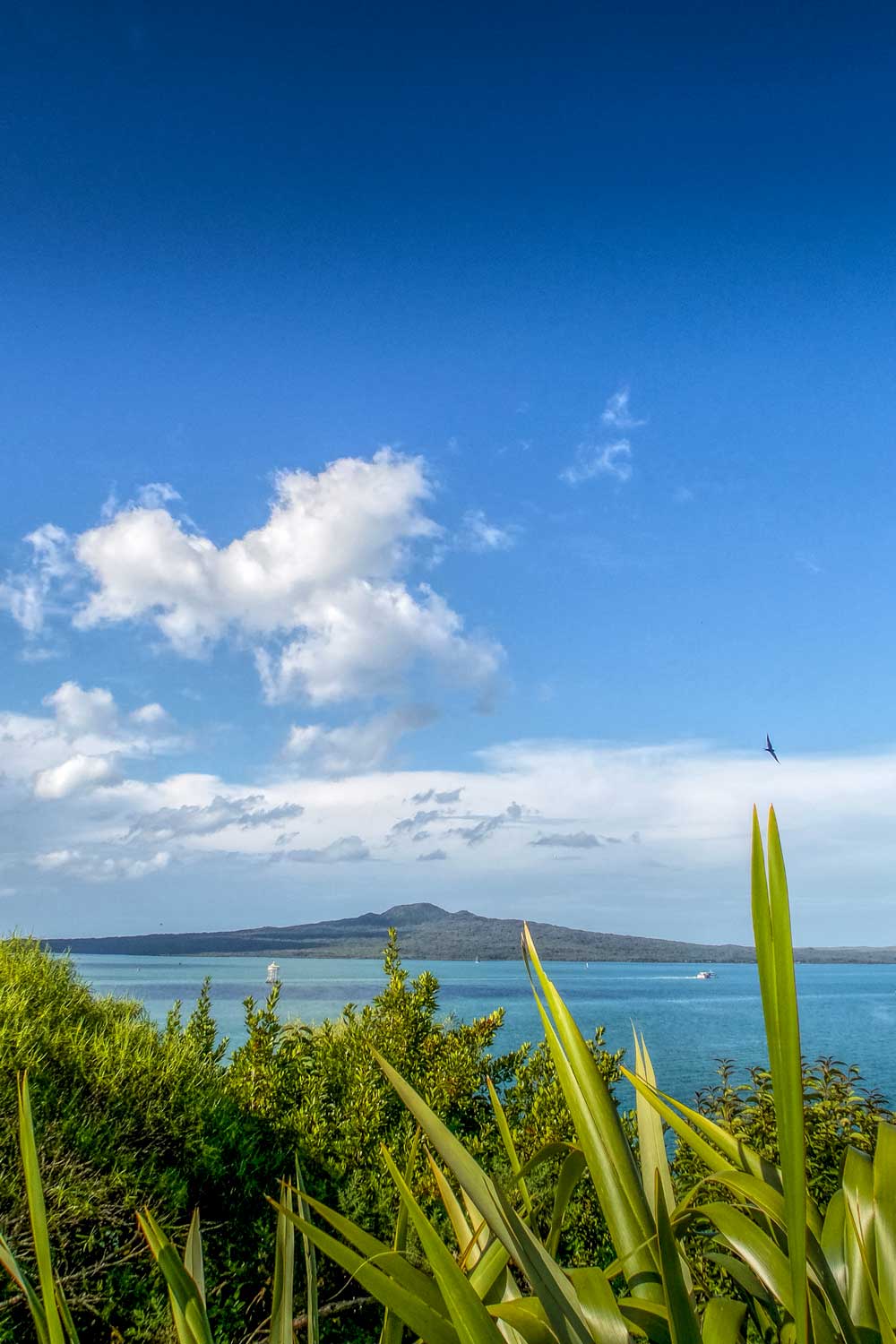 Continue Reading 25 Fun Things to do in Auckland 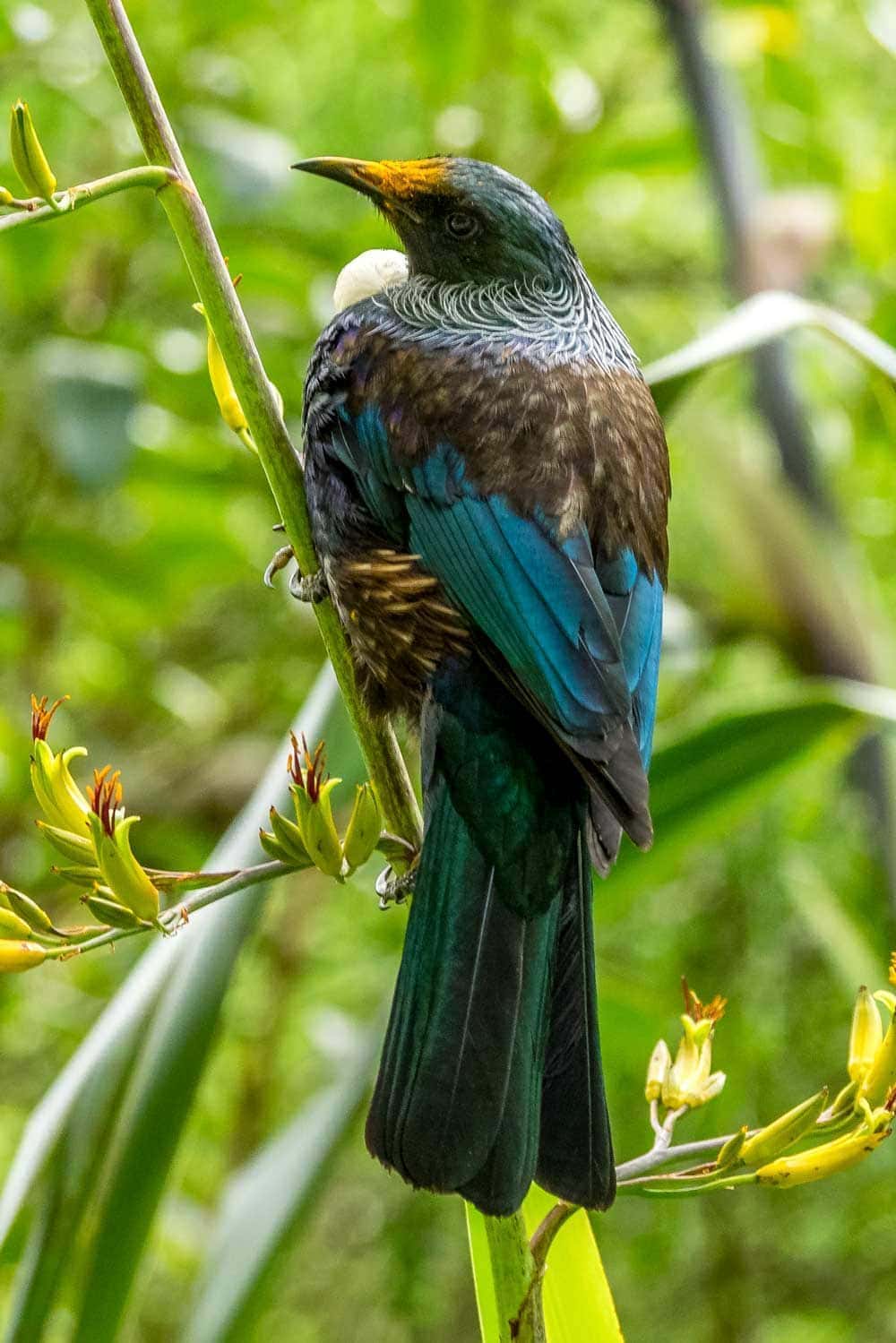