On our first visit to Samoa, we were staying at the Sheraton Samoa Beach Resort located on the western coast of Upolo, the main island.  Our stay was mainly targeted at relaxation and soaking up everything the resort had to offer including some wonderful treatments in the spa.  It turns out that we aren’t that good at relaxing after a couple of days, no matter how stunning the surroundings are.  For a change of pace, we decided to head off on a day trip to Samoa’s biggest island and explore many of the fun things to do in Savai’i.

The ferry leaves Upolo from Mulifanua wharf on the north west of the island and takes 90 minutes to make the crossing.  You can then meet up with a driver and guide at Salelaloga wharf on the Savai’i side and they’ll take you where you want to go for a fair price dropping you back at the ferry in time for your trip back.

We had an idea of some of the sights that we wanted to see, the driver added a few others and he worked out the best route to get us around them with minimal backtracking.  We agreed on the price with the driver in advance.  I’d suggest having a bit of a plan when you arrive, like most local guides they get incentives to take you to specific commercial spots so if you leave it up to them you might not strike your ideal balance on the tour.  We normally compromise and they can suggest the lunch spot but we aren’t interested in souvenir shopping.

If you have more time available or there are only a couple of specific places you are planning to go to then there are local buses on the island which might be an option but the driver seemed like the best choice for us.  The sites we wanted to visit were well spread out right around the island and we only had the one day.  In hindsight with what we saw we’d have liked to split our stay between the two islands and the time constraint would mean no hikes in the mountainous interior for us on this visit.

Before you read on I will note that we do like to take our time to explore, we aren’t generally suited to organised tours as we never get to spend the time we want to in each spot so I’m sure it would be possible to fit more into the day for some people but the tradeoff would be spending less time walking the beaches and figuring out what’s around that next corner.

Our first stop was the Alofaaga Blowholes at Taga, a 30 minute drive along the coast to the southwest of the island.   A volcanic eruption in the last 100 years or so created a network of cliffs, tunnels and caves at Taga.  During high tide the sea water gets trapped in these caves under pressure and blasts out of the blowholes with a dramatic display. 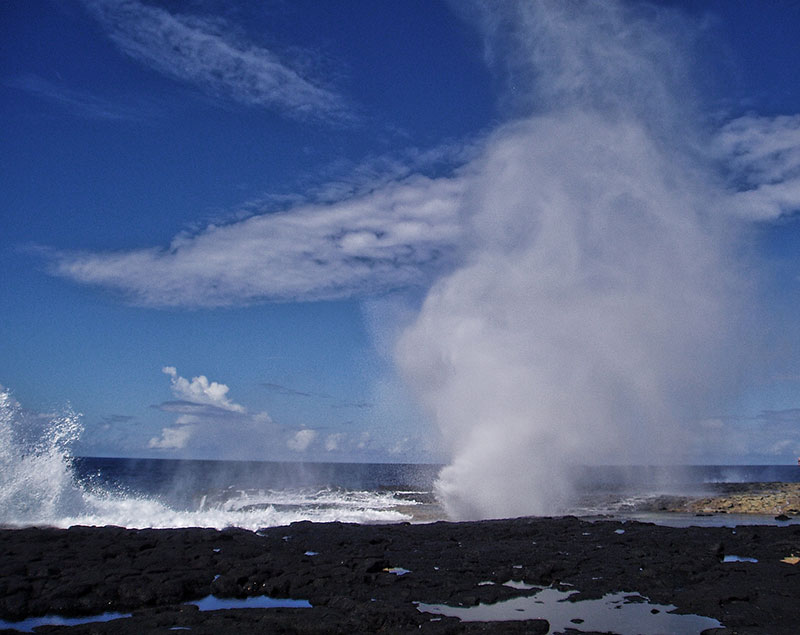 The coastline around here is really quite beautiful to explore and the benefit of having the driver for the day is you get to decide how long you want to stay.  There’s one area where the lava has covered in what was once a lagoon while the tidal action works each day to reclaim it. 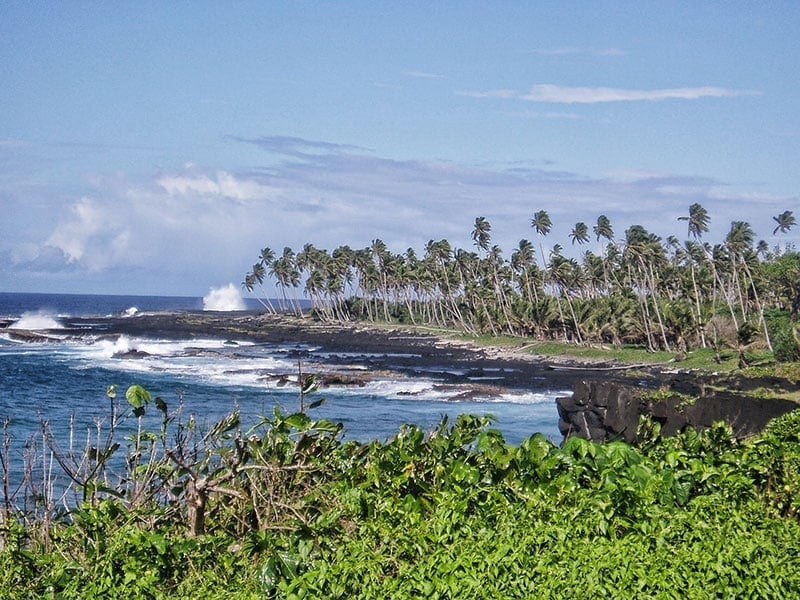 From the blowholes, it was about an hours drive with a few stops at scenic spots along the way to the Saleaula lava fields in the north east.  These were high on my list of things to see in Samoa.

The fields were created where molten lava had flowed from the Mt Matavanu eruption between 1905 – 1911 leaving a somewhat eerie and barren landscape  Having both spend a good portion of our lives in New Zealand, most of that in Auckland we aren’t strangers to volcanic cones and the landscape they create.  There are 53 volcano’s in the Auckland volcanic field alone but Mt Matavanu has left quite a different scar on the land.

Lava from the eruption flowed 13km’s out to the sea burying 5 villages under a hard lava crust.   Incredibly there were no recorded deaths in the village from the eruption.  Island history tells of the slow moving lava that gave villagers time to evacuate to safe ground and later establish the village of Le’auva’a.  Incredibly there are still people living on the lava at Saleaula, their homes somehow attached to the undulating solid rock beneath them. 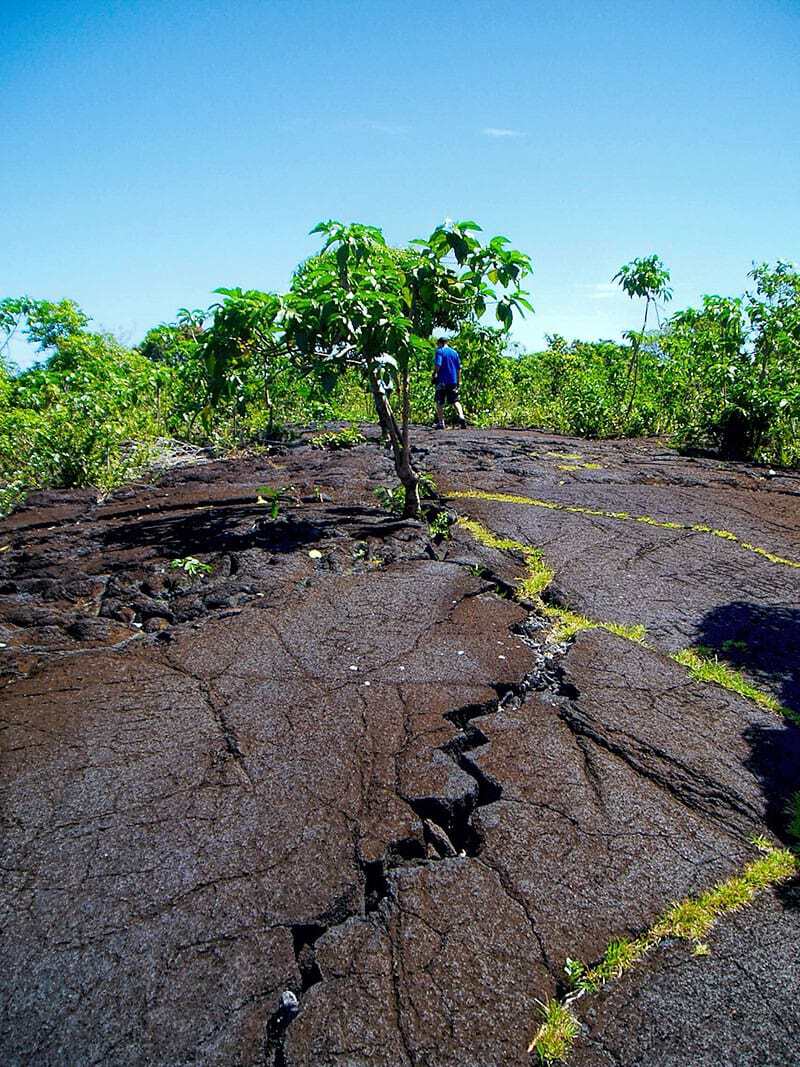 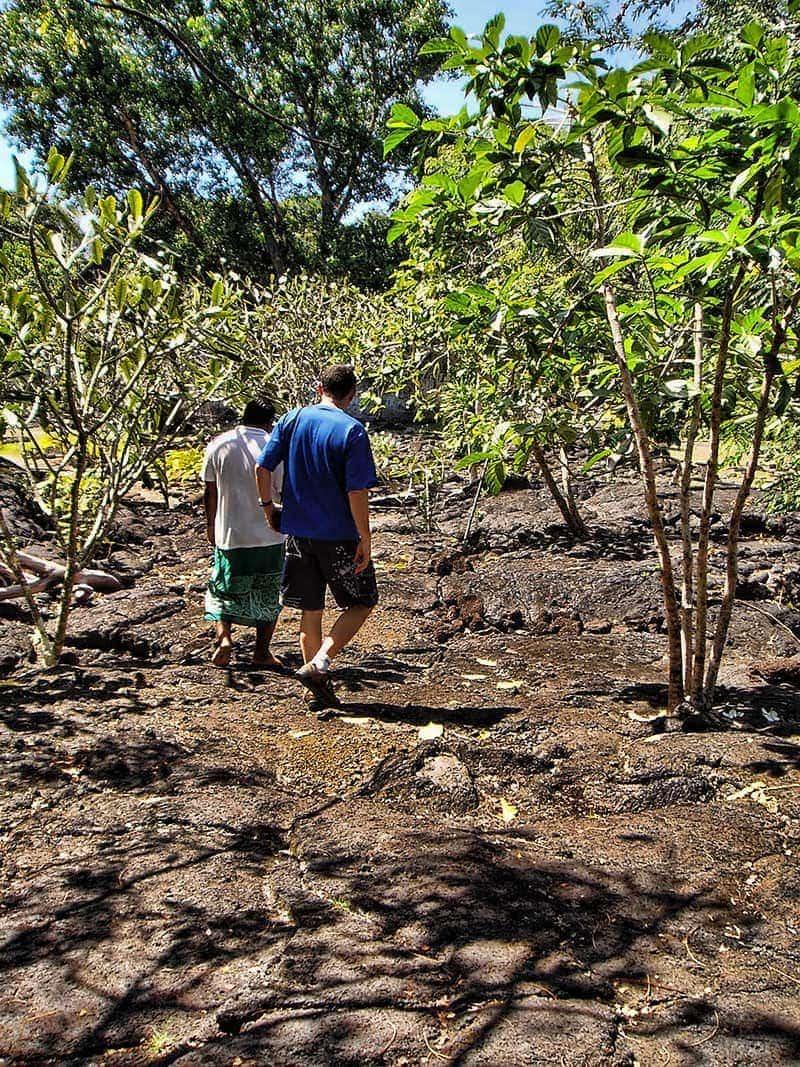 Walking across the lava flows feels quite bizarre and takes some care to avoid twisting an ankle in the cracks and crevices.  It’s also incredibly hot.  You can feel the intensity of the heat radiating up from the smooth dark rock but that didn’t stop our guide walking around on it in bare feet while he shared with us details of the villages history.  We did notice that most of the locals took to the shade of their houses to relax or snooze through the hotter parts of the day which seemed like a smart tactic.

Maybe it’s because the area was so deserted or perhaps because the tremendous power of nature was so evident but the lava fields have a subdued and spiritual undertone.  Aside from the impressive expanse of the lava there are two main attractions here, a church and a crater known as the virgins grave. 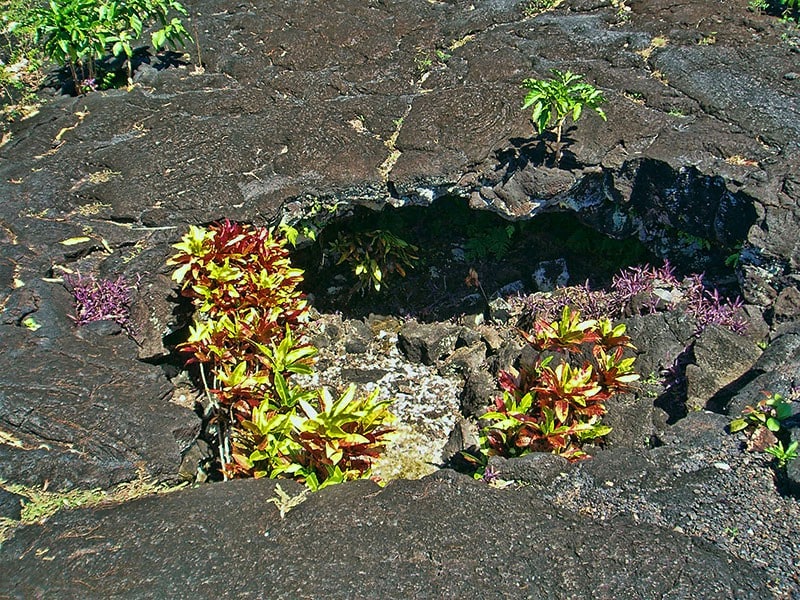 The Virgins grave is the literal translation of ‘taupou’ but legend has it that it was the high chiefs daughter who was buried there when she died of tuberculosis as a teenager.  The locals believe that she was so pure that the lava flowed around her grave unable to touch it.

The second site is the LDS Church that the lava flowed through and around but left the walls standing for the last 100+ years.  Again there are local beliefs that the site was left standing when nothing else was because of the sanctity of the church and dedication of its congregation. 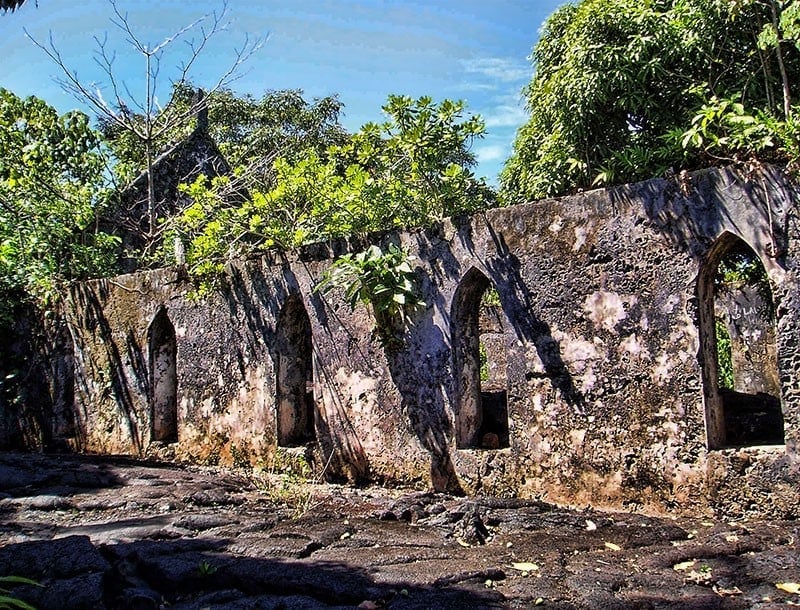 Our next stop was at the village of Fagamalo for a late lunch and a walk along this beautiful beach.  I could have spent all day on the beach and seriously regretted my lack of planning not having brought swimmers and a towel with us.  They are definitely essential for a day trip to Savai’i.

We stopped in at the La Lagato beach resort for a late lunch and they served up a delicious seafood and salad meal which we appreciated even more after all the fresh air and exercise of the morning.  We got lucky with our timing having been a bit later arriving than we planned and were rewarded with the pick of tables right on the edge of the sand. 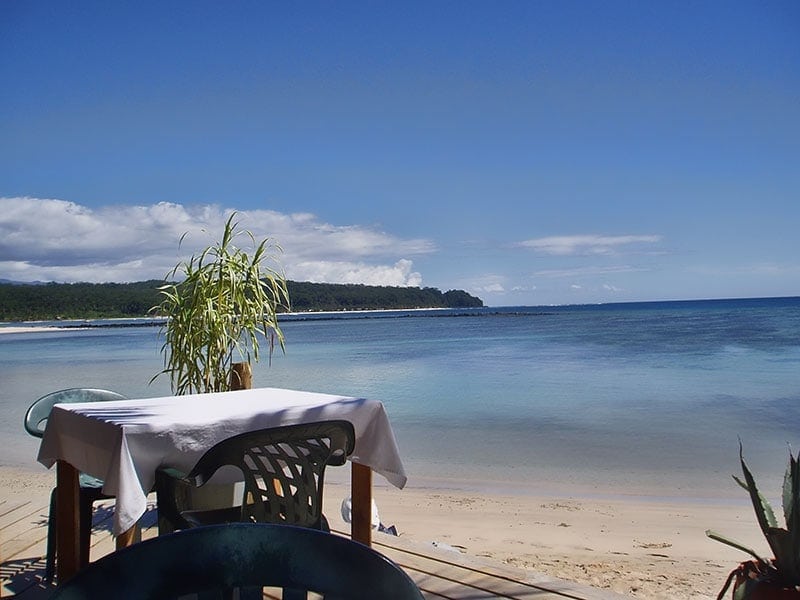 As we headed back down the coast in the afternoon we stopped in at a turtle sanctuary at the suggestion of our guide which we readily agreed to as it sounded like something we’d be interested in.  I’m not going to include photos or details from that part of the day here.  Our policy is not to promote any activity involving animals that’s isn’t making a genuine positive impact and for various reasons that didn’t appear to be the case here.  We fully understand the need for the locals to make an income with what they have and aren’t criticising them for it, it’s simply not aligned to our own beliefs on eco tourism and the treatment of animals.

From Fagamalo we headed back south down the eastern side of the island to the ferry at Salelalogato.  We made a couple of short additional stops to appreciate the rugged views and to take a quick walk on another stunning sandy beach along the way.  Samoa’s big island is beautiful and we enjoyed the rugged volcanic coastline.  We’d definitely recommend taking the ferry across and spending a day on Savai’i.

Have you visited the Samoan Island of Savai’i or any of the outer islands?  Do you have a favourite island escape when you need a rejuvenating break?

These lemon and blueberry muffins are light and airy, packed full of delicious fruit and topped with …